To celebrate the 100th anniversary of the Dada art movement, ‘Pataphysical Studios is presenting a special exhibit on the ‘Pataphysics of Dada during the Dada World Fair, organized by City Lights in San Francisco in November 2016.

Update: Here are our photos from this exhibit, as well as videos of our four special events:

The ‘Pataphysical Slot Machine, our poetic oracle, will be on display for ten days at the Canessa Gallery in North Beach, San Francisco. We will also present a new collection of paintings, sculptures and mobiles — as well as premiere our shadow puppet show called Ubu’s Dreams .

We will host these special events at the Canessa:

Join us for an evening of pataphysical art, theater, music and poetry, featuring Ubu’s Dreams, our new shadow puppet show — as well as special artworks, readings and performances by members of Pataphysical Studios and friends (see below).

The ‘Pataphysical Slot Machine is a community-created poetic oracle that invites you to face mysterious ‘cabinets of curiosity,’ ask about your future and get words of wisdom.

Open one of twenty “wonderboxes” for more inspiration: each box is a portal to another world, sparkling with lights, playing sounds, or spinning surreal objects. This collaborative art project is inspired by Combinatorial Poetics, Dada and Surrealism, and Maker-ism.

Before Dada, there was ‘Pataphysics, the “science of imaginary solutions”. Many a dadaist has sung the praises of its founding force, French poet Alfred Jarry, best known for his farcical and revolutionary 1896 play Ubu Roi.

To celebrate the ‘Pataphysics of Dada, ‘Pataphysical Studios has created and curated a special exhibit for The Dada World’s Fair. The Canessa Gallery in North Beach will be our setting — adorned with our Pataphysical Slot Machine, plus assorted paintings, mobiles, kinetic sculptures, infographics about ‘Pataphysics, Alfred Jarry, Père Ubu (appearing in life-size form!) and the collective impact of Pataphysics on the future movement of Dadaism.

Meet the artists who are creating this exhibit.

Don’t miss the world premiere of Ubu’s Dreams, a set of original ‘pataphysical’ shadow plays. The plays star Père Ubu, along with many surreal characters from his unconscious: including big faces, talking ravens, exploding cows and other creatures from the wild ubu-beyond. Ubu’s Dreams explores new ways of telling stories with shadows, combining laser-cut wood figures, mechanical automata, a rich musical soundtrack as well as video and multimedia scenery.

We will present this show on three separate evenings at the Canessa Gallery:

This experiment was created by Mark Petrakis (a.k.a. Dr. Zboon) and Fabrice Florin (a.k.a. Dr. Fabio). Special props to Edward Janne (Dr. Mekano) for his magical automation skills, to Dan Cantrell (Dr. Bellowhead) for his incredible musical compositions, to Phyllis Florin (Dr. Phylora) and Jean Bolte (Dr. Figurine)  for their wonderful set decor — and to all our friends at Pataphysical Studios for their generous support.

Join us for an evening of pata dada art, theater, music, fashion and poetry, featuring Ubu’s Dreams, our new shadow puppet show — as well as special artworks, readings and performances by members of Pataphysical Studios and special guests.

We are hosting this event on two separate nights at the Canessa:

Here’s the lineup for the first night, curated for the evening by Dr. Zboon:

And here’s the lineup for the second night:

The Dada World Fair ‘Pataphysical exhibit will be at the Canessa Gallery, 708 Montgomery Street, San Francisco, CA 94111. It is at the foot of the Pointy Building in the formerly bohemian, yet still quite interesting, North Beach district. See Google Map.

Here is our schedule for this free exhibit and special events:

Email us at info-at-pataphysics.us with any questions or comments.

This exhibit is part of the Dada World Fair, a series of lectures, roundtables, performances, film screenings, and art installations organized by City Lights and its partners in November 2016, to celebrate the hundredth anniversary of the emergence of Dada.

We wish to thank organizer Dr. Peet Maravellis and Canessa Gallery owner Zach Stewart for so graciously inviting us to be part of this event.

Hope to see you there!

Get our email updates 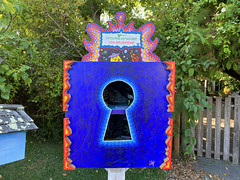 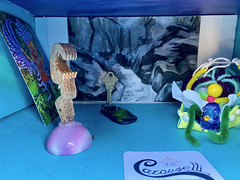 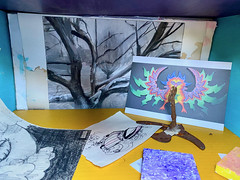 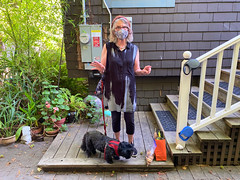 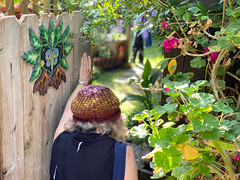 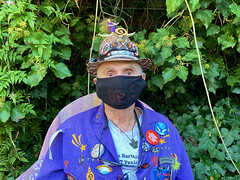 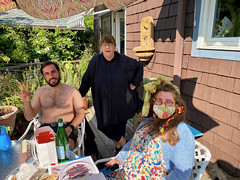 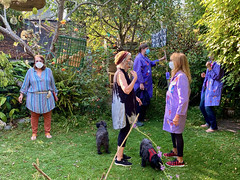 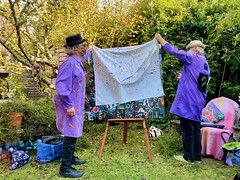 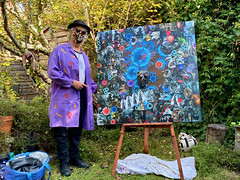